Themed "Your Digital Playground" Cologne's Essigfabrik will be the meeting place for about 350 members of the demoscene for a weekend full of creativity from August 27th to August 29th.

After last years big success the organizing teams placed their emphasis on finding a new location. A perfect solution was found with the Essigfabrik where the capacity problems seen last year no longer exist.

Additionally, support for the event was sought and eventually found in the Office for Cultural Affairs of the City of Cologne, who will support Evoke for the first time.
The longstanding partnership with Intel GmbH could be expanded as well, with Intel being the main financial supporter of Evoke 2004.

Expanding beyond the horizon of the demoscene Evoke will this year also present the Evoke Netlabel Night, where the premier Netlabels of today will showcase their productions. In cooperation with music magazine De:Bug and Phlow.net Digitale Kultur e.V. makes use of Sensor Club attached to the Essigfabrik to examine the upcoming developments of the netlabelscene. Evoke visitors can enter free of charge, but also non Evoke visitors are expected to this unique event.

As in 2003, Digitale Kultur will once again be giving out a Newcomer Award this year. It will be awarded to promising new faces competing in Evoke's competitions by an independend jury of accomplished demosceners.

The press release for the Evoke Netlabel Night as 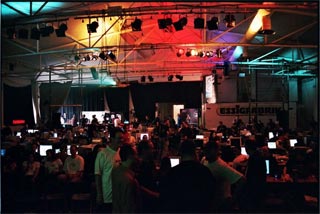 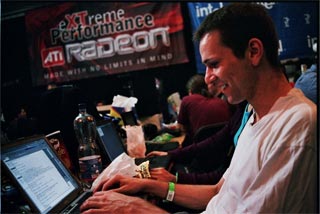 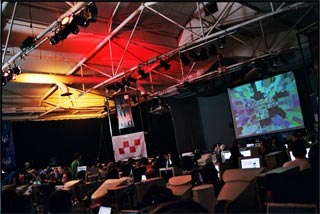